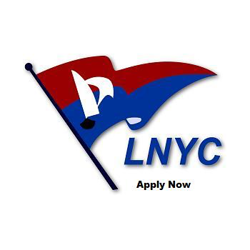 Lake Norman Yacht Club was incorporated in 1961, even before the lake filled, with 25 charter members.  Our 27-acre site surrounds a sheltered cove adjacent to a large expanse of Lake Norman. This specific spot, convenient to many Carolina cities, was chosen because, “we knew there would never be 100 sailors in Charlotte.”  In 1986 we purchased our grounds from Duke Power Company to insure the Club’s longevity at a reasonable cost to the membership.

From the beginning, LNYC has promoted sailboat racing in a family atmosphere.  Fleets include: Optimist Dinghy, Sunfish, Laser, Thistle, Highlander, Flying Scot, San Juan 21, Ultimate 20, Lightning, Multi-Hulls, J/24, J/80, Soverel 33 and cruisers.  From April into November there are around 25 weekend days of scheduled, organized club racing with up to three races per day.  The Cruiser fleet also races on several winter days, often with boats from Lake Norman marinas.  In 2008 there were 42 weekends of scheduled activities, including the club series and various invitational regattas.

LNYC enjoys a national reputation for organizing and conducting well-managed races.  We are a national leader in our number of US Sailing certified Judges, and Club Race Officers.  They share their expertise by conducting seminars throughout our region, including training race management personnel for the ‘96 Olympics.  In 1999, the club received the St. Petersburg Award from US Sailing for Excellence in Race Management, one of US Sailing’s highest awards.

The Club regularly hosts several regattas open to all sailors.  Our grounds boast two ramps, several floating docks, over 30 slips, and a 2-ton boat hoist giving most of our fleets the ability to host invitational regattas.  Many national competitions have and continue to be conducted by the Club.  Our spacious grounds make it easy to accommodate many extra boats and tents.  The club has hosted the prestigious Championship of Champions Regatta, as well as the Mallory and Adams regattas.  Most fleets host well-attended one-design regattas every year.  Several members have won national championships.  Our safety record is excellent and to that end we own several radio-equipped powerboats specifically for race management.