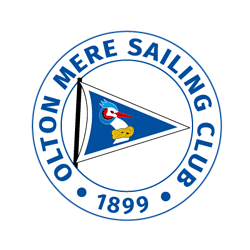 Olton Mere was constructed as a reservoir to act as a feeder for the Grand Union Canal (Built 1799). Olton Mere was formed from marshland fed by Folly Brook (now Hatchford Brook).

Olton Mere was extended in 1834 to increase the capacity in order to supply up to 150 locks.

It is the largest of the few areas of open water in Solihull and supports a large number of waterfowl. The woodland surrounding Olton Mere has remained undisturbed for many years, providing an important habitat for plants and animals.

There is no public access to Olton Mere but there is a good view of the Mere from the trains travelling between Solihull and Olton, although a walking access permit can be purchased.

Sailing on the Mere started in 1899 when five residents of St Bernard’s Road leased the reservoir from the canal company. A club was formed for sailing, fishing and shooting, although shooting was suspended in 1926 owing to a shortage of wildfowl.